Close Menu
COVID-19 Notice: Our office remains open, although for safety most employees are working remotely. Please call the office between 8 a.m. and 4:30 p.m. and we will be happy to assist you!
Manchester Personal Injury Attorney / Blog / Latest News / Attorney Maureen Raiche Manning a “Best Lawyer” 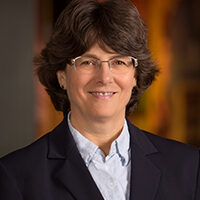 Attorney Maureen Raiche Manning, partner with the Law Office of Manning Zimmerman & Oliveira PLLC, has been selected as a 2016 “Best Lawyer” by New Hampshire Magazine for her representation of injured workers.

“I am greatly honored to have been recognized for my work on behalf of injured workers,” said Attorney Manning, who from 2011-2012 served as president of the New Hampshire Association for Justice, a statewide professional association of trial attorneys working to ensure that all citizens have a fair chance to receive justice through the legal system when they have been harmed by the acts of others. “In my experience representing injured workers for nearly 30 years, I have witnessed the physical, mental and economic struggles that follow what are often catastrophic injuries,” said Attorney Manning. “It is, in many instances, the worst experience of a worker’s life, and helping them and their families at a time when they are in such great need of an advocate is fulfilling.”