Close Menu
COVID-19 Notice: Our office remains open, although for safety most employees are working remotely. Please call the office between 8 a.m. and 4:30 p.m. and we will be happy to assist you!
Manchester Personal Injury Attorney / Our Team / Maureen Raiche Manning 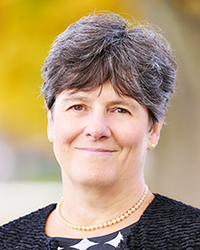 Maureen Raiche Manning is an experienced trial attorney with a proven record of success representing injured victims. Maureen’s practice includes representing her clients in New Hampshire federal and state courts. She is a lifelong resident of Manchester and the mother of three adult sons. She earned a Bachelor’s degree from the University of New Hampshire and her Law Degree from the University of New Hampshire School of Law. Maureen is a faculty member at the Keenan Ball Trial College where she instructs other trial attorneys.

Service to the N.H. Legal Community

Experienced in all Areas of Civil Litigation

Maureen Raiche Manning has experience in all areas of civil litigation. She represents victims in personal injury, worker’s compensation and wrongful death cases.