Close Menu
COVID-19 Notice: Our office remains open, although for safety most employees are working remotely. Please call the office between 8 a.m. and 4:30 p.m. and we will be happy to assist you!
Manchester Personal Injury Attorney / Blog / Latest News / Attorney Maureen Raiche Manning Appointed to Advisory Committee 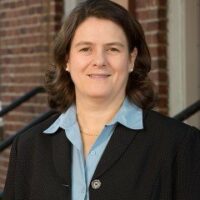 Attorney Maureen Raiche Manning has been appointed to the Supreme Court Advisory Committee on Rules by Governor Maggie Hassan. The Committee receives and considers suggestions for changes to the rules governing the state courts. The Committee, which is comprised of 16 members, meets quarterly and holds at least one public hearing on proposed rules changes.

Attorney Manning practices at the Law Office of Manning Zimmerman & Oliveira PLLC in Manchester, New Hampshire, focusing on representing those who have been injured, including all areas of personal injury and workplace injuries.