Close Menu
COVID-19 Notice: Our office remains open, although for safety most employees are working remotely. Please call the office between 8 a.m. and 4:30 p.m. and we will be happy to assist you!
Manchester Personal Injury Attorney / Blog / Blog / The Side Effects of E-Cigarettes

The Side Effects of E-Cigarettes 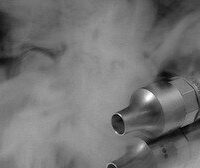 E-Cigarettes are Unhealthy, Addictive and Maybe Even Explosive

The use of e-cigarettes has skyrocketed in the last few years. About 10 percent of U.S. adults now vape, as the practice is called, almost four times more than the 2.6 percent reported by the government in 2013. And that growth means big business: Sales are estimated at $3.5 billion for 2015 versus $2.5 billion in 2014 and are projected to grow 25 percent annually through 2018.

E-cigarettes use a heating element to vaporize liquid nicotine that is then inhaled by the smoker. Many smokers view them as a way to quit smoking traditional cigarettes, avoid some of the health hazards caused by regular cigarettes, or as an alternative to smoking in public places that ban the practice.

No Regulations or Warnings on E-Cigarettes

So far e-cigarettes are entirely unregulated by the U.S. Food and Drug Administration, a fact that surprises many users. Both the vaporizing devices and the nicotine-based liquid itself are unregulated, so manufacturers create and disperse products with no oversight. There are already more than 500 different brands of e-cigarettes, with over 7,700 flavors of nicotine liquid. The amount of nicotine in the liquid, as well as other dangerous chemicals or carcinogens, are not monitored and are not required to be represented accurately on the packaging. Nevertheless, research cited by the American Lung Association highlights the significant health risks posed by the nicotine and other hazardous chemicals found in this cigarette alternative.

E-Cigarettes Use Triples Among Teens

The fastest growing segment of e-cigarette users are teens and young adults. Between 2013 and 2014, e-cigarette use tripled from 4.5 percent to 13.4 percent for teens, followed by an increase among middle schoolers from 1.1 percent to 3.9 percent during the same period.

Officials with the Centers for Disease Control and Prevention expressed extreme alarm at the findings, pointing out the harm nicotine exposure can pose to brain development among young people along with the potential for long-term addiction. Public health advocates also fear that unregulated advertising in print and on television by e-cigarette companies is making the product look “cool” and is driving increased use among young users.

In addition to traditional e-cigarette use, recent studies have shown that one in four teens who vape say they’ve used them for an alternative technique known as “dripping” which produces thicker clouds of vapor, gives a stronger sensation in the throat and makes flavors taste better.

For those hoping that e-cigarettes might help them stop smoking entirely, a new study suggests that the opposite may be true. Researchers in California found that users of e-cigarettes were less likely than those who never used them to quit or cut down on smoking cigarettes. “We hypothesize that maybe [users] are getting higher doses of nicotine, and so it becomes less likely they’re able to quit,” reported the researcher.

Many vapers also practice dual use, meaning they smoke traditional cigarettes but then use e-cigarettes where traditional smoking is banned. This makes it more likely that people addicted to nicotine can get a fix whenever they have the desire, thus actually increasing the amount of nicotine they are ingesting every day.

Another serious problem with e-cigarettes can now be added to the list of hazards. A growing number of users have been injured by e-cigarettes that explode due to unstable lithium-ion batteries. Recently a 29-year-old California man suffered a broken neck, facial fractures, burns to his mouth and shattered teeth after an e-cigarette exploded while he was using it.

Although these incidents are rare, federal officials report 25 such incidents between 2009 and 2014. Because there are so many makers of e-cigarettes and none are regulated, shoddy manufacturing practices can go unchecked. Federal transportation officials have already banned e-cigarettes from packed luggage for fear of explosions inside the luggage hold.