Close Menu
COVID-19 Notice: Our office remains open, although for safety most employees are working remotely. Please call the office between 8 a.m. and 4:30 p.m. and we will be happy to assist you!
Manchester Personal Injury Attorney / Blog / Car Accidents / Traffic-Related Deaths in New Hampshire Dropped by 30% in 2019

Traffic-Related Deaths in New Hampshire Dropped by 30% in 2019 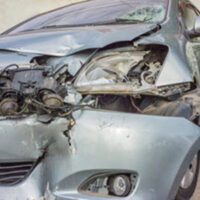 According to the New Hampshire Union Leader, traffic-related deaths across the state totaled 99 in 2019. In the preceding year, in 2018, a whopping 142 people died on New Hampshire roads and highways.

Why Are There Fewer Traffic-Related Fatalities in New Hampshire?

NH state officials attributed the sharp decrease in car accident deaths to safe driving habits and urged motorists across the state to continue the trend. In its statement on December 30, the Office of Highway Safety and New Hampshire State Police named distracted driving, speeding, and drunk driving as the top causes of car crashes in the state in 2019.

However, the director of the ambulance service in New Hampshire told the Union Leader that he was surprised by the reported reduction in fatalities. Chris Stawasz, who handles first response in Manchester and Nashua, said most motor vehicle crashes that he sees involve vehicles traveling at high speed.

“The Everett Turnpike between Manchester and Nashua is like a NASCAR track some days,” he said, adding that he has not noticed a reduction in driver distraction over the past few years.

Interestingly, last year at this time, NH state officials were concerned by the sharp increase in car accident fatalities. It was reported in January 2019 that traffic-related deaths jumped 36%, with officials blaming alcohol, drugs, distracted driving, and lack of seat belt use.

What is Considered Distracted Driving in NH?

Under New Hampshire law, it is against the law for all drivers to operate a vehicle while using a handheld cell phone or another electronic device to:

In New Hampshire, if a driver is caught with his or her cell phone in the immediate proximity to their ear, that driver is presumed to be talking on the phone.

Contrary to popular belief, the definition of “driving” includes not only being actually in motion, but also being at temporary stops due to stop signs, red lights, and slowed traffic. However, there are quite a few exceptions to this rule:

Penalties for distracted driving in New Hampshire range from a $100 fine for the first violation to a $500 fine for a third or subsequent violation within two years. A $250 penalty is imposed for a second violation.

By Manning & Zimmerman | Posted on January 30, 2020
« Liability for Assault by a Nightclub or Bar Bouncer
How to Establish Fault in a Wrong-Way Car Accident »