Close Menu
COVID-19 Notice: Our office remains open, although for safety most employees are working remotely. Please call the office between 8 a.m. and 4:30 p.m. and we will be happy to assist you!
Manchester Personal Injury Attorney / Blog / Personal Injury / How to Seek Compensation if You Were Injured as a Passenger in New Hampshire?

How to Seek Compensation if You Were Injured as a Passenger in New Hampshire? 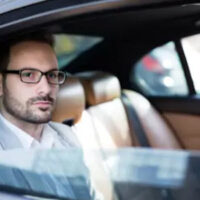 A passenger is just as likely to get injured in a car accident as a driver. But can you get compensated for your injury if you were in the car whose driver caused the crash? Yes, you are entitled to compensation even if the driver of the vehicle you were a passenger in was at fault for the collision.

Since New Hampshire is an at-fault insurance state, motorists at fault for causing a crash are held responsible for the resulting damages. In New Hampshire, you have three options when it comes to seeking compensation as an injured passenger:

If you were injured in an auto accident as a passenger, do not hesitate to contact a Manchester car accident attorney. The process of seeking compensation for a passenger injury may be complicated, which is why it is best to get help from an experienced attorney in New Hampshire.

Getting Compensation as an Injured Passenger in New Hampshire

Speak with a Manchester personal injury attorney if you were injured as a passenger in a car crash. Contact our lawyers at the Law Office of Manning Zimmerman & Oliveira PLLC if you sustained an injury while riding with a friend or family member, or in any type of public transportation – including a bus, train, boat, or airplane. Call at 603-624-7200 to get a consultation.