Close Menu
COVID-19 Notice: Our office remains open, although for safety most employees are working remotely. Please call the office between 8 a.m. and 4:30 p.m. and we will be happy to assist you!
Manchester Personal Injury Attorney / Blog / Personal Injury / What Are Your Rights As A Motorcyclist?

What Are Your Rights As A Motorcyclist? 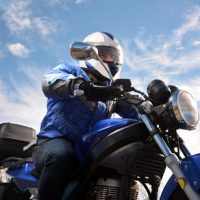 Motorcyclists may have a slightly mixed reputation with some in New Hampshire, but the truth is that there are plenty of law-abiding, responsible motorcyclists. These days, riding a motorbike is even more logical than ever before, as gas prices have reached staggering levels. That being said, motorcyclists are vulnerable. While cars offer motorists a “protective shell,” motorcyclists are completely exposed to the elements – and other vehicles. When a crash happens, it’s important to be aware of your rights – especially since so many people tend to write motorcyclists off as adrenaline junkies who “had it coming.”

The best way to fight for your rights is to get in touch with a qualified, experienced personal injury attorney in New Hampshire. These legal professionals can help you stand up for yourself in court, and you can also fight for a fair settlement. This settlement can cover your medical expenses, missed wages, and any other damages you might have incurred. For best results, it makes sense to book your consultation as soon as possible.

You Have the Right to Share the Road with Vehicles

As a motorcyclist, you have just as much right to be on the road as passenger vehicles. As such, these passenger vehicles are legally obliged to share the road with you to the greatest extent possible – just as they would with another passenger vehicle. Although lane-splitting is illegal in New Hampshire, you can still overtake, make left-hand turns, and make any other legal maneuver – as long as you’re obeying the speed limit. The fact that you were on a motorcycle is not a valid excuse for motorists who collide with you or to cut you off. It is their responsibility to watch their blind spots, shoulder check, and act in a responsible manner.

You Have the Right to Be Taken Seriously

There is a tendency among both legal professionals and other drivers to dismiss motorcyclists. The common belief is that motorcyclists are irresponsible adrenaline junkies who willingly take their lives into their own hands whenever they ride. But that’s just not true. Many motorcyclists are extremely cautious and responsible.

You Have the Right to Take Legal Action

Finally, you should know that motorcyclists have the right to take legal action. Don’t assume that you have no chance of winning a lawsuit because you were riding a motorbike at the time of the crash. With the help of a qualified attorney, you can fight for your rights effectively.

If you’ve been searching for a qualified, experienced Manchester personal injury attorney, look no further than the Law Office of Manning Zimmerman & Oliveira PLLC. Over the years, we have helped numerous injured plaintiffs recover considerable financial settlements for damages caused by negligent parties. We know that motorcyclists deserve justice just as much as other motorists, and we’re ready to fight for your rights in an effective, confident, and decisive manner. Book your consultation today to get started.

By Law Office of Manning Zimmerman & Oliveira PLLC | Posted on October 24, 2022
« Can You Sue If You Were Abused At The Youth Services Center?
Deadliest Types Of Truck Accidents In New Hampshire »