Close Menu
COVID-19 Notice: Our office remains open, although for safety most employees are working remotely. Please call the office between 8 a.m. and 4:30 p.m. and we will be happy to assist you!
Manchester Personal Injury Attorney / Blog / Blog / The Helmet Debate 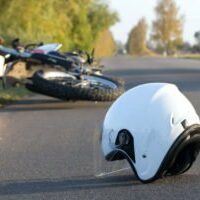 May is Motorcycle Safety Awareness Month. Warmer weather means the snow has melted, the roadways are clear, and once again the sound of pipes can be heard as motorcyclists return to the roadways, many without wearing a helmet. New Hampshire is one of just three states that does not require motorcyclists to wear a helmet, along with Illinois and Iowa.

In New Hampshire, opponents to any sort of motorcycle helmet law argue that motorcyclists understand the risks and Live Free or Die means they are entitled to the personal liberty and freedom to choose whether or not they want to wear a helmet.

Bills mandating helmet use have repeatedly failed to pass the Legislature. The most recent attempt (HB 1162) was proposed in 2010 but died in the House Transportation Committee. Both sides have their arguments on whether New Hampshire should once again consider a mandatory helmet law.

Opponents believe adults should have the choice to wear a helmet and those who ride without one are only endangering themselves. Some even argue that Motorcycle Week in Laconia is incredibly popular and generates so much revenue on an annual basis because the riders who flock to New Hampshire every year revel in the fact that they don’t have to wear their helmets.

Proponents of mandatory helmet laws say head injuries cost everyone through increased hospital costs, rehabilitation, and loss of employment. That argument would be supported by data from the National Highway Traffic Safety Administration, which estimates that helmets cut the risk of a motorcycle fatality by 37 percent and are about 67 percent effective in preventing brain injuries.

Interestingly, Michigan, which weakened its helmet law in 2012, saw an increase in insurance payments. According to the Highway Loss Data Institute the average insurance payment for injuries to motorcyclists in crashes rose substantially after the law changed. A separate study published in The American Journal of Surgery, found that the average acute care cost of unhelmeted riders at a single Michigan trauma center was nearly $28,000, 32 percent higher than for helmeted riders.

Whatever your position, the data is clear, your chances of survival in the event of a crash on a motorcycle are much higher if you are wearing a helmet.

By Law Office of Manning Zimmerman & Oliveira PLLC | Posted on May 14, 2019
« Fighting for the Service Members Who Fight for Us
Determining Fault by Location of Damage in Car Crashes »