Understanding Standard of Care with a Manchester Personal Injury Attorney 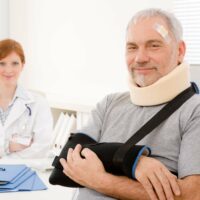 If you or a loved one has been injured by another person, the first thing to do is to speak to a skilled Manchester personal injury attorney at the Law Office of Manning Zimmerman & Oliveira PLLC. One of the first things your attorney will do is try and determine whether or not the person who caused your injury was acting in a negligent manner. In doing so, they will consider how the law looks at such situations, which involves the so-called standard of care. If the other party is deemed to have neglected the standard of care, they may be held liable. An example of the standard of care is when a driver is expected to exercise the same kind of care that any reasonable person would under the circumstances. Therefore, they should pay attention to their surroundings and obey all traffic laws. If someone is prescribed medication that should not be taken while operating a motor vehicle but chooses to get behind the wheel anyway, they are not behaving as a reasonable person would under the circumstances. If they cause a crash, they are likely to be found negligent for this very reason.

A Manchester personal injury attorney at the Law Office of Manning Zimmerman & Oliveira PLLC can explain how the law defines a “reasonable person.” First, it does not refer to an actual human being. Rather, it is an ideal that represents how a typical person would behave under certain circumstances. Because it is an objective test, it does not take into account a defendant’s actual abilities. Therefore, even if someone is known to be habitually careless, they are still held to the same standard of care as a reasonable person. When a personal injury case goes to trial, the jury must decide whether the defendant was acting as a reasonable person. To do this, they will consider the defendant’s behavior and actions in light of what they know and what they have perceived.

Standard of Care for Children

Children aren’t typically expected to act in the same way that a reasonable adult would. They are usually held to a modified standard that compares their behavior and actions to those of others their age who have the same experiences and intelligence. If a child is engaging in an adult activity, however, some courts may hold them to the adult standard of care. A Manchester personal injury attorney at the Law Office of Manning Zimmerman & Oliveira PLLC can more clearly explain this to you.

If you or a loved one has been injured due to someone else’s negligence, contact a Manchester personal injury attorney at the Law Office of Manning Zimmerman & Oliveira PLLC at 603-624-7200.