Close Menu
COVID-19 Notice: Our office remains open, although for safety most employees are working remotely. Please call the office between 8 a.m. and 4:30 p.m. and we will be happy to assist you!
Manchester Personal Injury Attorney / Blog / Blog / How to Prove a Wrongful Death Claim

How to Prove a Wrongful Death Claim 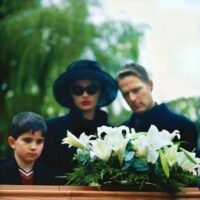 The death of a spouse or a family member through the action of another is one of the most stressful and traumatic events that can occur in a person’s life.

Wrongful death statutes allow the representative of a deceased person (usually the decedent’s estate or a surviving spouse) to file a lawsuit against the party legally responsible for the death. If you have lost a loved one through the wrongful act of a third party, you have rights against the wrongdoer and could have a right to a substantial monetary recovery. This is an overview of how a wrongful death claim can be proven, and the damages you can reasonably expect in a successful case.

These are some examples of situations can give rise to a wrongful death claim.

By Law Office of Manning Zimmerman & Oliveira PLLC | Posted on July 14, 2016
« How to Determine Liability in a Manchester Car Accident Case
Elements of a New Hampshire Personal Injury Claim »