Close Menu
COVID-19 Notice: Our office remains open, although for safety most employees are working remotely. Please call the office between 8 a.m. and 4:30 p.m. and we will be happy to assist you!
Manchester Personal Injury Attorney / Blog / Blog / ﻿Empty Promises and Insincere Apologies

Think back for a second on 2018. How many companies or institutions do you remember publicly apologizing for inappropriate, malicious or dangerous behavior? The NH injury attorneys at the Law Office of Manning Zimmerman & Oliveira PLLC suggest that you will probably run out of fingers trying to count them all.

Household names like United Airlines, Wells Fargo, Uber and Papa John’s are just a few of those that asked millions of Americans for forgiveness after getting caught committing major malfeasance. But once the cameras stopped rolling and the news media hoard moved on, did those apologies really mean anything?

Not really, according to The Worst Corporate Conduct of 2018, a shattering new report from the American Association for Justice (AAJ). In fact, these apologies are increasingly part of a business strategy to placate Americans with empty platitudes. They then return to business as usual. Examples from the report follow of companies that owe us all a real apology. 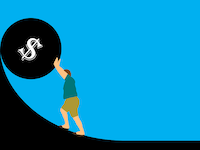 Student loan borrowers in the U.S. owe a combined $1.5 trillion in debt

Navient was founded in 2014 as an offshoot of Sallie Mae. It owns 21 percent of all student loans in the United States. It is also the third-largest student loan provider in the country. In just five years since its inception, Navient has garnered three times as many complaints as its competitors. Just a few include:

In 1999, a lower court found that State Farm advised auto shops to repair policyholder cars with lower-quality, after-market parts. When the $1.06 billion verdict was affirmed by a court in 2001, the insurer appealed to the Illinois Supreme Court. Meanwhile, millions in contributions were funneling into the successful campaign of Lloyd Karmeier, a candidate for Chief Justice. Once on the bench, Karmeier cast the deciding vote to absolve State Farm from accountability. 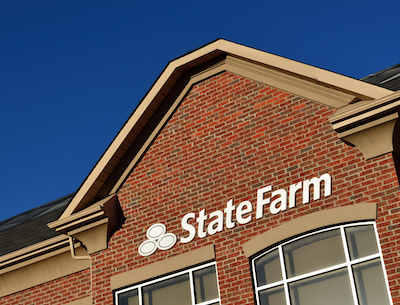 State Farm settled a RICO lawsuit before it went to trial

Oil Companies Ignore Own Warnings of Damage to Climate

Major oil companies knew the threat of fossil fuels to climate 30 years ago.

In January of 2018, New York City sued the world’s five largest publicly traded oil companies – BP, Chevron, ConocoPhillips, ExxonMobil and Royal Dutch Shell – claiming that the companies together were responsible for 11 percent of the world’s global warming gases. The suit also alleges that these companies have long known about the damage fossil fuels would cause through climate change.

Other corporations profiled in the 2018 Worst Corporate Conduct report include Takata and General Motors, Nestle, Theranos and Michigan State University/USA Gymnastics. Again, you can download the complete report here. Many federal and state regulators are pulling back from the job of corporate watchdog. It’s more important than ever that we protect the constitutional role of our civil justice system. It empowers any American to hold these bad actors accountable.

“Consumers don’t want apologies,” conclude the AAJ researchers. “They want to be safe from deception and negligence, from cars that can kill them, from exploitation by financial companies; they want to enjoy something as simple as chocolate without subsidizing the slave trade; and they want to be able to trust their children to coaches and doctors who are supposed to have their best interests at heart without fear that they may face sexual harassment or abuse.”

For a free consultation, contact the NH injury attorneys at the Law Office of Manning Zimmerman & Oliveira PLLC. We may be reached at 603-624-7200, by email at info@MZLawNH.com, or by using the “contact us” or chat feature on our website.

By Law Office of Manning Zimmerman & Oliveira PLLC | Posted on January 17, 2019
« Steps to Take After a Car Accident in New Hampshire
How Is Rear End Collision Fault Determined in New Hampshire? »