Close Menu
COVID-19 Notice: Our office remains open, although for safety most employees are working remotely. Please call the office between 8 a.m. and 4:30 p.m. and we will be happy to assist you!
Manchester Personal Injury Attorney / Blog / Sexual Assaults / New Hampshire Law Expands Protections for Victims of Sexual Assault 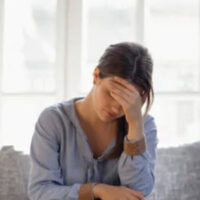 HB 705, or the Crime Victims’ Rights Enhancement Act of 2020, introduced the following changes:

The new law, which was signed by New Hampshire Gov. Chris Sununu in July, is the first legislature expanding victims’ rights that passed in the state in decades, according to the Concord Monitor.

Before the new law, victims of sexual assault had a limited ability to sue their abusers in civil cases. HB 705 eliminated the statute of limitations for civil sexual assault cases. Survivors are now allowed to file a civil lawsuit against their abuser at any time.

Before HB 705, in most cases a victim of sexual assault had only 12 years to sue their abuser if the incident occurred before they turned 18. For victims of sexual assault older than 18, the statute of limitations for a civil lawsuit against the abuser was three years. The new law eliminated the time limit for both minor and adult victims.

The new law allows survivors to sue their abusers when they are ready, as they are no longer bound by any statute of limitations to pursue a lawsuit.

The law also eliminated a legal loophole that allowed abusers to commit sexual assault against a disabled spouse who had no ability to consent. Under the new law, if the disabled spouse’s disability prevents them from giving consent, a sexual act will count as sexual assault.

Also, HB 705 no longer allows assailants to avoid legal charges if they sexually assault a 13- to 16-year-old spouse. In New Hampshire, the minimum age of marriage is 13 for women and 14 for men.

How Much Money Can You Get in Compensation for Sexual Assault?

According to the CDC, rape and attempted rape can cost a victim more than $120,000 over their lifetime. It is advised to consult with a Manchester sexual assault attorney to evaluate recoverable damages in your unique case.

Factors that include the compensation amount in your civil sexual assault case include:

Being sexually assaulted is one of the worst things a person can experience in their lifetime. But you do not have to go through this alone. Victims deserve justice. If you wish to consider seeking compensation for your damages and losses, call our skilled Manchester sexual assault attorneys at the Law Office of Manning & Zimmerman to discuss a civil claim on your behalf. Call at 603-624-7200 for a free, confidential consultation.

By Manning & Zimmerman | Posted on October 21, 2020
« How Much Will My Personal Injury Settlement Be in New Hampshire?
Who’s Liable for Your Injury During a Concert Accident in New Hampshire? »