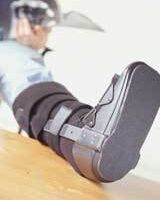 Even though the two parties are attempting to reach an agreement, the manner in which an insurer approaches a personal injury claim is far different than the way your personal injury lawyer in Manchester NH works.

It’s Not Always about the Money

Yes, insurance is a business, and insurers pay a great deal of attention to the bottom line, but there are circumstances under which a settlement will prove elusive. For example, many insurance companies will defend almost every case, even relatively small ones, so as to avoid acquiring a reputation as a company that is reticent to go to trial. Additionally, an experienced personal injury lawyer in Manchester NH often sees insurers spend more to fight a case than it would pay to settle where liability is at issue.

The Adjuster’s Preference to Close a File

Claims adjusters typically have a heavy case load, and they are under pressure to keep the pipeline moving by closing a certain number of cases on an ongoing basis. However, this does not mean an adjuster will overpay on a case merely to avoid litigation.

The Value of a Settlement Must Be Justified

Although many adjuster’s use the line, “I need authority,” as a delaying tactic, the reality is that every settlement will ultimately be reviewed by someone higher in authority. While every adjuster must manage his or her case files, no one is going to risk losing their job to close a case or avoid going to court.

It is your lawyer’s task to gather evidence, present the facts in a logical and succinct manner and to demonstrate to the adjuster the true value of your case. Providing that sort of thorough presentation not only allows the adjuster grounds to approve a fair settlement, it also demonstrates your lawyer is ready to litigate the case if a fair settlement offer is not made.

An understanding of the stages a personal injury claim evolves through as well as the nature of the specific insurer are factors in achieving a positive result. For any questions in your case, call the Law Office of Manning & Zimmerman PLLC, a personal injury lawyer in Manchester NH, at 603-624-7200.