Close Menu
COVID-19 Notice: Our office remains open, although for safety most employees are working remotely. Please call the office between 8 a.m. and 4:30 p.m. and we will be happy to assist you!
Manchester Personal Injury Attorney / Blog / Blog / Keep Foodborne Illnesses Away from Your Thanksgiving Table

Keep Foodborne Illnesses Away from Your Thanksgiving Table 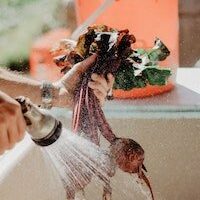 According to the New Hampshire injury attorneys at the Law Office of Manning Zimmerman & Oliveira PLLC, each year 48 million people fall sick from foodborne illnesses. Of those, 128,000 are hospitalized and 3,000 die. One in six Americans could get food poisoning this year alone.

Food Safety and the Civil Justice System, a recently published landmark study by the American Association for Justice, traces a growing number of serious foodborne illnesses to questionable practices by some large factory farms. Overcrowding and unsanitary conditions increase the chances of bacterial contamination entering the food supply. Overuse of pharmaceuticals and chemicals to prevent disease in livestock and produce have also been associated with the rise in “super bugs,” bacteria that become resistant to antibiotics. Diseased livestock, improperly handled produce and poor government oversight all add to the problem.

Contamination at this level won’t be prevented without the help of improved government oversight and a robust civil justice system that continues to hold wrongdoers accountable. You can, however, lessen the chances of food poisoning in your home as follows: 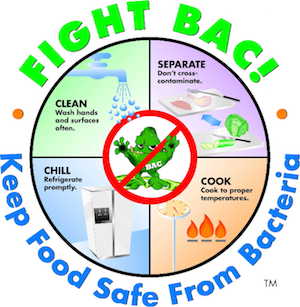 While preparing any meal, the New Hampshire injury attorneys at the Law Office of Manning Zimmerman & Oliveira PLLC encourage you to remember these four steps from the Centers for Disease Control (CDC) to keep bacteria away from food, utensils and yourself.