Close Menu
COVID-19 Notice: Our office remains open, although for safety most employees are working remotely. Please call the office between 8 a.m. and 4:30 p.m. and we will be happy to assist you!
Manchester Personal Injury Attorney / Blog / Blog / Civil Litigation Could Help End Human Trafficking 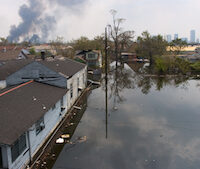 Human trafficking is a form of modern-day slavery. Traffickers use force, fraud, or coercion to control victims for the purpose of commercial exploitation. This can encompass sexual exploitation, indentured servitude, forced labor, forced marriage, or even organ harvesting. Human trafficking is a silent and insidious industry that affects an estimated 45 million people worldwide, including an estimated 57,700 right here in the United States. 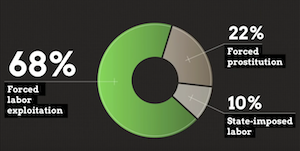 MYTH: Sex trafficking is the only form of human trafficking.
FACT: Labor trafficking – a form of modern-day slavery – is much more common but rarely prosecuted. According to the International Labour Organization, 68 percent of human trafficking worldwide (and a majority in the U.S.) involves forced labor, 10 percent state-imposed labor and 22 percent forced prostitution.

MYTH: Human trafficking occurs only on the black market.
FACT: Human trafficking touches many legitimate industries, including agriculture, mining, hospitality, restaurant and food services, domestic and home services, health care, the garment industry and more. In fact, most consumers here in America and throughout the world have likely benefited at some point from low-cost products or services made possible by men, women, and children who are forced into slave labor.

“On the Cusp of a New Movement”

Very few perpetrators are ever brought to justice through criminal proceedings. In the United States, for example, only 208 federal indictments were handed down for human trafficking in 2014, and only 18 of those were for alleged forced labor. Many reasons are cited for this failure, from corruption to insufficient resources for law enforcement to lack of political will. But as pointed out in a recent report by The Human Trafficking Pro Bono Legal Center, “a number of landmark cases heard by civil courts, as well as by regional and international human rights bodies, have resulted in significant verdicts.” 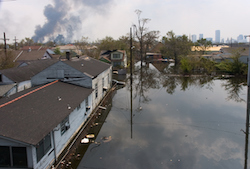 Men hired after hurricanes Katrina and Rita were held in forced labor by a U.S. company.

In one recent case, a U.S. maritime services corporation paid corrupt brokers for hundreds of skilled workers from India to help repair damage from Hurricane Katrina. After several workers sued, a jury found the company held the men in forced labor, awarding the workers $20 million. Meanwhile, food giants Nestlé, Cargill and Archer Daniels Midland are facing lawsuits in the U.S. for the alleged use of child slaves in cocoa farming in the Ivory Coast.

Civil litigation hits companies where it hurts, both in the bottom line and in the court of public opinion. Government leaders and rights advocates are beginning to push for more scrutiny of global supply chains, as exemplified by the California Transparency in Supply Chains Act, which was written “to ensure that large retailers and manufacturers provide consumers with information regarding their efforts to eradicate slavery and human trafficking from their supply chains…”

According to the Human Trafficking Pro Bono Legal Center, “Slowly, victims held in modern-day slavery are learning that they can bring their own suits for damages against the perpetrators. We are on the cusp of a new movement: accountability litigation to end modern-day slavery.”

How You Can Identify and Support Victims of Human Trafficking

Most victims of human trafficking are fearful of physical or legal retaliation for attempts to escape their situation. They are also manipulated and exploited into complacency. There are, however, many federal, state and local protections in place to help these people come forward. This is true even if they are in this country illegally or are involved in forced illegal activity. Be alert to these signs of human trafficking:

If you suspect trafficking or are a victim or survivor yourself, contact the National Human Trafficking Hotline. Call toll-free from anywhere in the country 24-7, text, or chat online with a volunteer. You can also send an email or submit anonymous tips. Assistance is available in more than 200 languages.