Close Menu
COVID-19 Notice: Our office remains open, although for safety most employees are working remotely. Please call the office between 8 a.m. and 4:30 p.m. and we will be happy to assist you!
Manchester Personal Injury Attorney / Blog / Blog / Law Office of Manning Zimmerman & Oliveira PLLC: Importance of the 7th Amendment 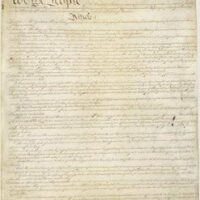 “In suits at common law, trial by jury in civil cases is as essential to secure the liberty of the people as any one of the pre-existent rights of nature.” – James Madison

The Law Office of Manning Zimmerman & Oliveira PLLC invites you to join in the national celebration of Constitution Day, a time to recall the liberties our Constitution sought to protect, preserve and uphold. These fundamental rights are the glue that holds our nation together. Yet, many Americans aren’t aware that the 7th Amendment, which guarantees our right to a trial by jury in civil cases, is currently under attack. Advocates of “tort reform” are pushing for an overhaul of our civil justice system, which would change the centuries-old common law and is in stark opposition to the vision of our Founding Fathers. The 7th Amendment is based on the centuries-old belief that the best way to protect individuals from the negligence or misconduct of others is through a trial by jury. We believe this fundamental right is under attack today for the same reasons it was targeted during the American Revolution: political power and financial gain. For information on this important subject, please see our latest You Should Know newsletter.

By Law Office of Manning Zimmerman & Oliveira PLLC | Posted on October 13, 2014
« After Attorneys Fees, Medical Bills and Other Costs, Will There Be Anything Left for Me?
Factors That May Decrease the Value of a Claim »