Close Menu
COVID-19 Notice: Our office remains open, although for safety most employees are working remotely. Please call the office between 8 a.m. and 4:30 p.m. and we will be happy to assist you!
Manchester Personal Injury Attorney / Blog / Blog / Wrongful Death Claims 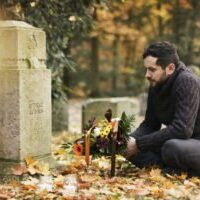 In this article, New Hampshire wrongful death lawyers at the Law Office of Manning Zimmerman & Oliveira PLLC explain how wrongful death cases are assessed and the role of the decedent’s age and marital status in the assessment.

Basis of the Claim

Essentially, a wrongful death claim is one in which a family member dies due to something someone else either did or failed to do. Someone acted in a way that caused the untimely death of the decedent and caused extreme suffering of both of the kinds mentioned above to those left behind. It is these damages for which a settlement is sought and the claim is made, not the harm done to the deceased.

Gender can sometimes play a part in how loss of income is evaluated. Traditionally, the primary wage earner has been the male who provided the majority of the financial support for the family. However, this is no longer the case in many families. Combined with other factors such as the level of schooling, vocational instruction or experience, and the type of work in which the decedent was engaged, there may be a larger settlement allotted for the death of the primary supporting spouse than might be considered for a spouse remaining out of the work force.

With the possible exception of determining how to place a monetary value on grief and personal suffering, one of the more difficult questions to settle is the assessment of what the decedent might have earned in the years to come had he or she lived. Someone well-established in a profession might be closer to retirement than a younger person, but will probably have advanced through the career ladder to a higher paying position. A younger person, while he or she may have years of employment ahead, is less likely to be as advanced in his or her profession.

Claiming the Rights of a Spouse

In most states, a legal marriage must take place in order for spousal rights to apply. This has traditionally consisted of a legal union between man and woman, but this is changing. New Hampshire recognizes the legal marriage of same-sex partners and common-law living arrangements. To determine a spousal settlement, you and your New Hampshire wrongful death attorneys at the Law Office of Manning Zimmerman & Oliveira PLLC must show that you and the deceased were married. This can become quite complicated, however, in a case in which a decedent has had more than one spouse.

When You Lose Someone You Love

You will need a law firm that can effectively handle your case with a great degree of understanding, empathy and compassion. Contact the Law Office of Manning Zimmerman & Oliveira PLLC, your New Hampshire wrongful death lawyers, by calling 603-624-7200 or Toll-Free (800) 984-3151.