Close Menu
COVID-19 Notice: Our office remains open, although for safety most employees are working remotely. Please call the office between 8 a.m. and 4:30 p.m. and we will be happy to assist you!
Manchester Personal Injury Attorney / Blog / Car Accidents / What Are America’s Safest And Most Dangerous States For Driving In 2021?

What Are America’s Safest And Most Dangerous States For Driving In 2021? 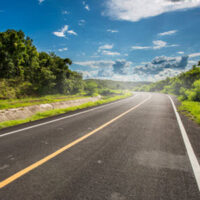 Fortunately, car accident fatalities across the United States have seen a downward trend in recent years. However, there are still safe and dangerous states for driving as crashes are more prevalent in some states than others.

Statistics show that car accidents across the country are killing fewer adults and children. In 2018, traffic fatalities fell by nearly 1,000 people compared to the previous year.

If you have been involved in a car accident in New Hampshire, speak with our knowledgeable attorneys at the Law Office of Manning Zimmerman & Oliveira PLLC to seek compensation for your damages and losses.

What Are America’s Safest States for Driving?

Coverage ranked states by the number of car accident deaths per 100 million travel miles in 2018, the most recent data available. The safest states for driving are:

New Hampshire sits in the middle of the ranking. With 1.07 fatalities per 100 million miles, the state was ranked 29th.

What Are America’s Most Dangerous States for Driving?

The most dangerous states for driving in America are:

By vehicle type, traffic deaths were broken down into four categories:

As a result, New Hampshire has the lowest seat belt usage rate in the country. Less than 68% of adults wear safety belts. In 2019, car accident fatalities in New Hampshire decreased by more than 30%, according to an NHPR report.

As of December 31, 2019, New Hampshire saw 99 traffic fatalities in 88 fatal crashes. By comparison, during the same period in 2018, there were 143 deaths in 130 fatal accidents on New Hampshire roads.

The top three contributing factors to fatal crashes in New Hampshire continue to be: drunk driving, distracted driving, and speeding. If you or your loved one has been involved in a traffic accident, contact our Manchester car accident attorneys at the Law Office of Manning Zimmerman & Oliveira PLLC.

By Law Office of Manning Zimmerman & Oliveira PLLC | Posted on November 1, 2021
« How Long Does It Take For A Dog Bite To Heal?
Divorce Shouldn’t be a War »