Close Menu
COVID-19 Notice: Our office remains open, although for safety most employees are working remotely. Please call the office between 8 a.m. and 4:30 p.m. and we will be happy to assist you!
Manchester Personal Injury Attorney / Blog / Personal Injury / Two Notable Semi-Truck Incidents In New Hampshire 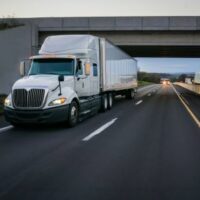 Semi-trucks have the potential to cause very serious injuries in New Hampshire. These heavy commercial vehicles are cumbersome, and it takes much longer for them to come to a complete stop when a trucker slams on the brakes. Despite this, semi-trucks often reach tremendous speeds on New Hampshire highways, as trucking companies are always trying to stay on schedule. This combination inevitably leads to innocent motorists getting hurt, and New Hampshire has definitely seen its fair share of these accidents within the past few days and weeks.

If you have been injured by a semi-truck in New Hampshire, you deserve the opportunity to take legal action against any negligent parties. You can do this by getting in touch with a qualified, experienced personal injury attorney and filing a lawsuit. Your lawsuit can provide you with a settlement, and this can help you cover a wide range of damages. These damages might include missed wages, medical expenses, and much more.

On October 28th of 2021, it was reported that a New Hampshire State Trooper had been killed in a semi-truck accident in Portsmouth. The accident occurred on I-95, near Exit 3, and was extremely serious. The State Trooper was overseeing a mobile construction project in the area when he was ostensibly struck and killed by a semi-truck heading through the construction zone. Very few details about the crash have been released, but the driver of the semi-truck was treated for minor injuries and released from a nearby hospital. An investigation is ongoing.

On October 26th of 2021, it was reported that the president of a Massachusetts trucking company had pleaded guilty to federal charges after a 2019 crash that killed seven motorcyclists in New Hampshire. The 35-year-old had been charged with falsifying records. This involved altering driver logs and forging safety records, creating extremely unsafe working conditions for the company’s drivers. The president has also been charged with making false statements to investigators, which is another federal crime.

The falsification of these records allowed a trucker to stay behind the wheel when he should have been terminated. In addition, this driver had previously been charged with a DUI, and the Registry of Motor Vehicles in Massachusetts should have suspended his license. But due to a backlog, he was allowed to continue driving. The registry simply never got around to taking his license away. The driver himself is incarcerated, having been charged with negligent homicide, manslaughter, and driving under the influence.

If you’ve been injured in a semi-truck, time is of the essence. The sooner you get in touch with an attorney the better, as the statute of limitations may prevent you from taking legal action if you wait too long. Reach out to the Manchester personal injury lawyers at the Law Office of Manning Zimmerman & Oliveira PLLC at your earliest convenience, and we can guide you towards a positive outcome. With the right legal assistance, you can hold negligent truckers accountable and strive for a fair, adequate settlement. Book your consultation today.

By Law Office of Manning Zimmerman & Oliveira PLLC | Posted on February 7, 2022
« What Are New Hampshire’s Most Important Car Accident Laws?
Injured After Fall On Icy Surface In New Hampshire: The Worst That Can Happen »