Close Menu
COVID-19 Notice: Our office remains open, although for safety most employees are working remotely. Please call the office between 8 a.m. and 4:30 p.m. and we will be happy to assist you!
Manchester Personal Injury Attorney / Blog / Personal Injury / Suing For A Semi-Truck Crash In New Hampshire

Suing For A Semi-Truck Crash In New Hampshire 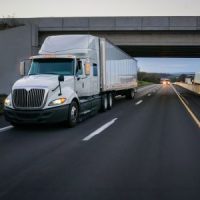 Semi-trucks are probably the most dangerous vehicles on New Hampshire roads, and they can cause considerable damage and injury. These vehicles are not only larger and heavier than passenger vehicles, but they are also much less maneuverable and suffer from extremely lengthy braking distances. If you have suffered an injury due to one of these semi-trucks, you already know how destructive they can be. So what should you do next?

The obvious solution is to file a personal injury claim against the negligent trucking company. You can do this by getting in touch with a qualified, experienced personal injury attorney in New Hampshire. It’s best to book a consultation as soon as possible, as the statute of limitations can prevent you from suing if you wait too long. With guidance from an attorney, you can hold negligent truckers accountable and pursue a fair, adequate settlement for your damages.

To illustrate just how serious these truck accidents can be, it makes sense to consider one of the most recent truck accidents in New Hampshire. This incident occurred when a trucker struck a State Trooper who was working a paving detail on Interstate 95. An investigation later determined that the trucker had ingested marijuana three days before the incident. While the actual effects of marijuana would have worn off after three days, the drug was still in his system at the time of the crash. In addition, police found marijuana in the cab of his truck. This trucker was eventually charged with negligent homicide and reckless conduct with a deadly weapon (1).

Why You Should Sue the Trucking Company – Not the Trucker

It might make most sense to sue the trucker if you were injured in one of these crashes – especially if the trucker was guilty of some kind of negligence, such as intoxication. However, this usually isn’t the best approach from a purely legal standpoint. In New Hampshire, there is no requirement to carry car insurance. However, trucking companies are almost always insured against personal injury claims, and this provides you with a reliable source of compensation if you become injured. Additionally, you may have claims that apply to the trucking company only and not the driver, such as claims for negligent hiring, negligent supervision, or negligent retention.

If you sue the trucking company directly, they can simply turn to their insurance provider for assistance. This insurance company will then likely offer you a settlement in order to avoid going to trial. Keep in mind that even though you are not suing the trucker directly, they will almost certainly suffer consequences for their actions – whether that’s jail time, a suspended license, fines, or a combination of all three (2).

For help from a skilled Manchester personal injury attorney, contact the Law Office of Manning Zimmerman & Oliveira PLLC. Over the years, we have assisted numerous injured plaintiffs – including those who have been harmed by reckless, negligent truck drivers. We know how devastating and life-changing these injuries can be, and we’re ready to help you fight for justice in a highly efficient manner. Book your consultation today and take your first steps towards a fair, adequate settlement.

By Law Office of Manning Zimmerman & Oliveira PLLC | Posted on September 12, 2022
« Suing A Drunk Driver For A Wrongful Death
Can You Sue For An ATV Crash In New Hampshire? »