Close Menu
COVID-19 Notice: Our office remains open, although for safety most employees are working remotely. Please call the office between 8 a.m. and 4:30 p.m. and we will be happy to assist you!
Manchester Personal Injury Attorney / Blog / Blog / NH Injury Attorneys Discuss Defective Medical Devices

According to the NH injury attorneys at Manning Zimmerman & Oliveira PLLC, the United States Census Bureau has reported that the U.S. population will reach a turning point in 2030. That is the year when every surviving member of the baby boomer generation will be 65 or older. Seniors will outnumber children for the first time in U.S. history and will make up one-fifth of the American population.

This rise in the geriatric population has coincided with expanded medical technology. This includes the manufacture and sale of implanted devices. Diagnoses for arthritis and other orthopedic diseases and injuries are predicted to rise as the baby boomer population ages. Meanwhile, implanted devices for orthopedic injuries are already causing complications on a grand scale.

Medical devices are often not scrutinized or regulated at the same level as drugs. This can cause severe injuries or death when they do not work properly. Most devices are not tested independently. They go through testing that is financed by the device manufacturer, so results are often skewed in their favor. The U.S. Food and Drug Administration (FDA) even has a controversial “fast track” 510(k) program. This program quickly approves more than 3,000 new devices each year because they are similar to old devices. One study has shown that orthopedic devices approved by the 510(k) program, instead of the much more comprehensive Premarket Approval (PMA) program, are 11.5 percent more likely to be recalled. Yet the FDA currently plans to expand this program.

The approval of these devices means big money for manufacturers, with a global orthopedic market estimated at around $4 billion. The race to get these implants out onto the market is putting profits over patients.

Some stories of defective implants that have injured patients:

Signs and Symptoms of Implant Failure

There are many adverse effects of orthopedic device failure. If you’re worried about a potentially faulty device, here are some signs to look for: 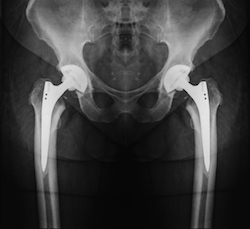 If you have any type of medical device in your body, be sure to check if it has been recalled by the FDA. Finally, if a faulty orthopedic implant has affected you or someone you love, don’t hesitate to consider legal advice. Painful complications, surgeries, and excessive medical bills should not be the price you pay for the mistakes of device makers.

Have you or a loved one been injured due to another person’s careless acts? If so, it is essential that you have competent legal representation from the onset of your case through litigation. Big insurance companies have lawyers looking out for their interests and you should too!

For a free consultation, contact the NH injury attorneys at the Law Office of Manning Zimmerman & Oliveira PLLC. We may be reached at 603-624-7200 or by email at info@MZLawNH.com. We may also be contacted by using the “contact us” or chat feature on our website.

By Law Office of Manning Zimmerman & Oliveira PLLC | Posted on July 23, 2018
« Why Car Accident Photos Could Be Crucial to Your Accident Claim
Compensation for Victims of a Distracted Driver »