Close Menu
COVID-19 Notice: Our office remains open, although for safety most employees are working remotely. Please call the office between 8 a.m. and 4:30 p.m. and we will be happy to assist you!
Manchester Personal Injury Attorney / Blog / Latest News / Attorney Michaila Oliveira Joins Law Office of Manning Zimmerman & Oliveira PLLC 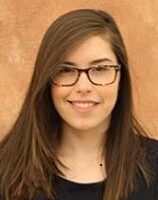 The Law Office of Manning Zimmerman & Oliveira PLLC is a personal injury and family law firm located in the historic district of Manchester, New Hampshire. The firm is committed to representing those who have been injured through no fault of their own, as well as those needing representation in divorce and family law matters.

Attorney Oliveira may be reached at 603-624-7200, by email at info@manningzimmermanlaw.com, or by selecting the “contact us” feature on the firm’s website.