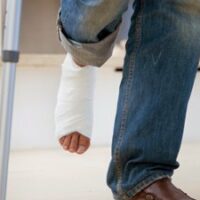 Slip and falls can result in serious injury. As an experienced Manchester personal injury lawyer at the Law Office of Manning Zimmerman & Oliveira PLLC can explain, a person who falls often fails to report the incident. One reason is embarrassment; another can be that injuries are not necessarily immediately apparent. However, it is important to know what to do if you fall on another person’s property.

The Concept of Duty

A cause of action based on a slip and fall is a form of negligence. To prove a defendant was negligent, your Manchester personal injury lawyer must show that the defendant had a duty to you, the injured plaintiff, that this duty was breached, and that the breach was the cause of your fall. In slip and fall cases, which entity is responsible for the property and why you were on the property, among other issues, are variables.

If you fall in a retail store, for example, it must be determined which entity was responsible for the condition that caused the fall; liability typically lies with either the owner of the property or the business that leases the property.

Different standards exist regarding the property owner’s responsibility. If you fell and were injured, considerations include:

Under some circumstances, government entities have immunity, and in many cases there is less time to bring a claim against a public defendant than a private defendant, and additional procedural requirements may apply as well.

Slip and fall cases require immediate investigation to preserve the evidence. If you have fallen, protect your rights. Call an experienced Manchester personal injury lawyer at the Law Office of Manning Zimmerman & Oliveira PLLC at 603-624-7200.