Close Menu
COVID-19 Notice: Our office remains open, although for safety most employees are working remotely. Please call the office between 8 a.m. and 4:30 p.m. and we will be happy to assist you!
Manchester Personal Injury Attorney / Blog / Blog / Manchester Injury Lawyers: Rear-End Collisions 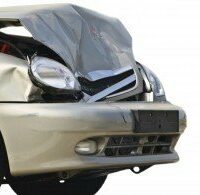 The Manchester injury lawyers at Manning Zimmerman & Oliveira PLLC know that for a number of years, car crashes were declining due to several factors. This includes the manufacturing of automobiles with advanced safety devices such as anti-lock brakes, stability control, and multiple airbags. Recently, however, the incidence of collisions on American roadways has increased sharply. According to the U.S. Department of Transportation, 37,461 people died on American roadways in 2016, a 5.6 percent hike over 2015.

Research has shown that one of the major factors in this rise is collisions caused by drivers who are distracted behind the wheel, primarily, though not exclusively, from the use of hand-held devices. Texting, phone calls, searching for music, and many other distractions have fueled the spike in crashes, many of which are collisions to the rear-end of vehicles that have come to a stop.

Rear-end collisions have always been one of the most common types of auto accidents, but in the past few years they have been occurring more frequently due to the increase in distracted driving. Most rear-end collisions occur when the stopped vehicle is waiting in traffic, waiting to turn left or right, or waiting for a light to change, and the driver is struck from behind by someone who is distracted and not focused on the road ahead.

Insurers usually pay considerable attention to police reports. However, sometimes insurance carriers or their defense attorneys will claim no liability due to sudden and unexpected stopping, failure to signal when stopping to turn, not yielding before pulling into traffic, or brake defect.

The experienced Manchester injury lawyers at the Law Office of Manning Zimmerman & Oliveira PLLC will want to learn about the following items when assessing the certainty of liability in your rear-end collision:

If you have been injured in a New Hampshire motor vehicle collision, it is essential that you have competent legal representation from the onset of your case through litigation. Big insurance companies have lawyers looking out for their interests and you should too. To contact the experienced Manchester injury lawyers at the Law Office of Manning Zimmerman & Oliveira PLLC for a free consultation, call 603-624-7200, complete a request for a consultation or chat with us on our website, or send us an email.