Close Menu
COVID-19 Notice: Our office remains open, although for safety most employees are working remotely. Please call the office between 8 a.m. and 4:30 p.m. and we will be happy to assist you!
Manchester Personal Injury Attorney / Blog / Blog / Manchester Injury Attorneys Discuss Amusement Park Accidents 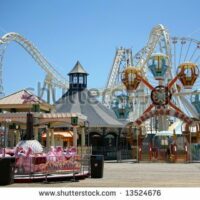 According to the Manchester injury attorneys at the Law Office of Manning & Zimmerman, every year thousands are injured on amusement park rides, including a grave injury suffered by an 11 year-old girl at a carnival, a 10 year-old boy decapitated on a water slide, three girls injured on a Ferris Wheel, six people treated for electric shock, and a death at a state fair in Ohio in July 2017. From bruises and cuts to serious head trauma, broken bones, and even death, these incidents mar what should be a fun and exciting time. When someone is injured on a ride, they may be able to bring a negligence claim against the park and its employees. A product liability claim against the ride’s manufacturer may also be brought.

According to the Consumer Product Safety Commission (CPSC), approximately 8,800 people sought treatment for injuries sustained on amusement park rides in 2006. An additional 3,600 were injured on inflatables like bounce houses, and another 3,100 were injured on public water slides. Statistics collected by the National Safety Council show that in 2014, the most recent year for which data is available, 1,146 people suffered ride-related injuries, with 111 of those classified as serious.

Amusement park injuries are incredibly varied and include:

Injuries at amusement parks are caused by many things. According to the CPSC, the most common causes include:

How are Amusement Park Rides Regulated?

According to the Manchester injury attorneys at Manning & Zimmerman Law, the manner in which amusement park rides are regulated depends on whether they are fixed-site rides, like those at permanent amusement parks, or mobile rides, like those at carnivals and county fairs. The CPSC regulates mobile rides but has no authority over fixed-site rides. This is known as the “roller coaster loophole.” Nearly 30 states conduct safety checks and otherwise regulate fixed-site rides while others rely on third-party inspections and insurance companies. In New Hampshire, amusement ride operators are regulated by the Department of Safety. An August 14, 2016 article by CNN titled “Amusement Park Safety Under Scrutiny After Week of Accidents” sheds more light on the regulation of amusement parks.

Amusement park safety under scrutiny after week of accidents 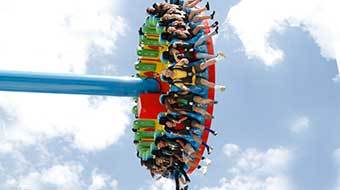 If you are injured while enjoying an amusement park ride, you may have several legal claim options at your disposal:

Negligence Claim – To win a negligence claim, your Manchester injury attorneys will discuss with you that you must prove that the defendant was required by law to be reasonably careful but wasn’t, and that you were injured as a result of their carelessness. Amusement parks are responsible for the actions of their employees. If employee negligence caused your injury, you may be able to sue them for either affirmatively doing something, such as providing incorrect instructions to riders, or for failing to do something, such as not posting warning signs about risk factors like high blood pressure, failing to properly maintain the ride, or failing to regularly inspect it.

Product Liability – If your injury occurred because of a defect in the ride itself or one of its components, you may be able to sue the manufacturer of the ride or the maker of the part. To do so successfully, you must be able to prove that the part, equipment or structure of the ride was defective and contributed to your injury.

Defenses Used By Amusement Parks when Responding to Lawsuits

Patrons have to be made aware of the risks and won’t be in some cases. For instance, if a bolt is loose on a ride, patrons can’t be expected to be aware of the problem. The park might also state that the injured person failed to comply with safety rules by, for instance, disregarding rules regarding age, height, and weight requirements, or by purposely unlatching their belt during a ride. Some parks try to point to disclaimers that are printed on their tickets to avoid liability. This defense rarely works.

Our civil justice system provides for victims of negligence to recover full, fair and adequate compensation for their injuries. The Manchester injury attorneys at the Law Office of Manning & Zimmerman, PLLC handle cases in all areas of personal injury law, including injuries sustained at amusement parks. We work diligently to ensure that our clients receive compensation for their injuries. There are no up-front costs for our services. All personal injury cases are handled on a contingency basis. We are only paid for our services if we successfully recover damages from the responsible party. For a free consultation, call 603-624-7200, email us at info@manningzimmermanlaw.com, or contact us by using the “contact us” form or chat feature on our website.