Close Menu
COVID-19 Notice: Our office remains open, although for safety most employees are working remotely. Please call the office between 8 a.m. and 4:30 p.m. and we will be happy to assist you!
Manchester Personal Injury Attorney / Blog / Blog / Let’s Not Forget New Hampshire’s Workers 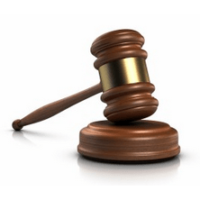 In 2013, New Hampshire workers suffered 40,000 on the job injuries. Fortunately, most of these injuries were minor, requiring minimal medical care and no lost time from work. Counted among these 40,000 injuries, however, were 8 fatalities, 34 amputations, 58 electrical shocks, more than 1,000 fractured bones, and 70 vision or hearing losses.

Legislation is currently being debated in the State House to address workers’ compensation insurance premiums and the rates charged by the doctors who examine and treat injured workers. Certainly, as an employer, I am interested in workers’ compensation premiums. However, the proposed legislation is complex and will require significant study. It is fair for the legislature to scrutinize what medical providers are being paid as compared to reimbursement under other scenarios. In doing so, however, as a NH workers’ compensation attorney, I implore the legislature to not forget the injured workers our laws are intended to protect.

In my experience as a NH workers’ compensation attorney representing injured workers for nearly 30 years, I have witnessed the physical, mental and economic struggles that follow what are often catastrophic injuries. It is, in many instances, the worst experience of a worker’s life. They are hurt, unable to work, and devastated that they cannot support their families on 60% of their average weekly wage as determined by our workers’ compensation laws. For those who are hard at work earning a decent living, and then suffer an injury requiring medical treatment, such a sudden decrease in income is difficult to absorb. At that point, their primary focus is getting healthy and returning to work as quickly as possible, and our workers’ compensation laws are in place to help them achieve that goal.

Competent and prompt medical treatment often means the difference between a good recovery and a negative one. New Hampshire’s medical doctors, hospitals, and physical therapy centers work hard to return injured workers to the condition they were in before being injured, allowing for a quick return to work. They play a very important role in the rehabilitation of workers stricken with back and neck injuries and cumulative trauma injuries, such as carpal tunnel syndrome and other repetitive motion injuries. If the injured worker cannot return to work, but still has some work capacity, the system provides them with vocational assistance.

For the good of all involved, the legislature should not pass any laws adversely impacting an injured worker’s access to necessary medical care – the care that will get them better and back to work. It is vitally important that our legislators closely examine all proposed changes to our workers’ compensation laws with the primary objective of supporting and helping to protect the workers who are the backbone of our state’s economy. They deserve nothing less.