Close Menu
COVID-19 Notice: Our office remains open, although for safety most employees are working remotely. Please call the office between 8 a.m. and 4:30 p.m. and we will be happy to assist you!
Manchester Personal Injury Attorney / Blog / Blog / Impaired Driving: A Growing Public Safety Concern 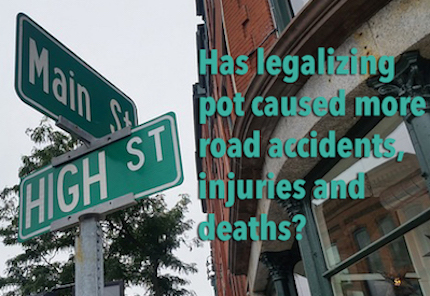 Elizabeth Kemble, a widely admired advocate for kidney health in Oregon, was out for a walk following her third kidney transplant when she was killed by a driver who admitted to smoking marijuana minutes earlier. Debra Majkut, an Ohio mother of two, was sitting on her couch with her children and a nephew when a woman high on pot crashed into Majkut’s home, killing her and seriously injuring her infant son.

Nightmare scenarios like these are exactly what safety advocates predict will become commonplace on our nation’s roads as the list of states legalizing marijuana for either recreational or medicinal use continues to grow. But instead of clearing the smoke, conflicting studies and a patchwork of state laws have complicated this issue for all of us concerned about impaired driving.

Couric Follows the Path to Legalization

Katie Couric walks us through the change of mindset and laws surrounding the legalization of marijuana.
View video.

A new, first-of-its-kind driving simulator is helping researchers study the effects of marijuana use on driving. View video.

According to a new AAA study, fatal crashes involving a driver who recently used marijuana nearly doubled in the year since legalization in Washington state. View video.

An NPR investigation finds that more drivers are using marijuana, but experts can’t agree on what that means for traffic safety. Listen now

You Should Know is a copyrighted publication of Voice2News, LLC.