Close Menu
COVID-19 Notice: Our office remains open, although for safety most employees are working remotely. Please call the office between 8 a.m. and 4:30 p.m. and we will be happy to assist you!
Manchester Personal Injury Attorney / Blog / Personal Injury / Eight More Lawsuits Filed Against Catholic Priests In New Hampshire 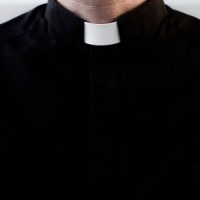 For many New Hampshire residents, clergy abuse is something they’d rather not think about. But for the numerous abuse victims attempting to live normal lives, these incidents are impossible to forget. Each day, they are confronted with the memories of their inexcusable abuse, and it goes without saying that these incidents have irrevocably damaged their lives. The sheer number of abused victims in this state is staggering, and victims continue to come forward. Just last week, a total of eight victims filed lawsuits against the clergy. Many more will likely follow in the future.

Does Clergy Abuse Count as a “Personal Injury” Lawsuit?

The legal definition of “injury” is not what you might expect. Basically, an “injury” can be any kind of loss associated with the negligent actions (or inactions) of another entity. While the most obvious example of an injury would be something like a broken leg, injuries can be psychological or emotional in nature as well. For example, someone might have received no medical treatment after being sexually abused, but the psychological trauma associated with this incident could constitute an “injury” in the eyes of the law.

On October 5th, the Manchester Ink Link reported that eight lawsuits had been filed against Pine Haven Boys Center (a facility run by an order of Catholic priests, New Hampshire’s Youth Development Center, and other state-contracted facilities within the past week. All of these lawsuits involved sexual or physical abuse, and at least one lawsuit named the Catholic church as a defendant.

One 49-year-old victim was subjected to a string of sexual and physical abuses over his time with the state Youth Development Center, and some of these acts were committed by Catholic priests. After escaping from a Catholic-run school, the victim was placed in the custody of YDC, where he suffered further physical and sexual abuse.

Another victim was only 11 years old when his house burned down. He subsequently found himself on the street, and soon after he was placed in the custody of YDC, where he was beaten constantly and subjected to solitary confinement for weeks at a time. He was also raped.

Both of these victims attempted suicide at least once, and many of their friends successfully carried out their own suicides after suffering similar abuse at the hands of YDC staff members and Catholic priests. Many others have chosen to stay silent about the abuse they experienced at these facilities, perhaps in an attempt to put the trauma behind them.

For help from a Manchester personal injury lawyer, look no further than the Law Office of Manning Zimmerman & Oliveira PLLC. Over the years, we have assisted numerous victims throughout the state – and we know that psychological injuries can be just as serious as physical ones. In fact, mental health issues can often take much longer to heal than physical injuries. With our help, you can hold negligent parties accountable and pursue a fair financial settlement. Book your consultation today to get started.

By Law Office of Manning Zimmerman & Oliveira PLLC | Posted on January 9, 2023
« Injuries Caused By Snow And Ice In New Hampshire
What Damages Can I Claim After A Head Injury In New Hampshire? »