Close Menu
COVID-19 Notice: Our office remains open, although for safety most employees are working remotely. Please call the office between 8 a.m. and 4:30 p.m. and we will be happy to assist you!
Manchester Personal Injury Attorney / Blog / Blog / How To Prove That Distracted Driving Caused A Crash

How To Prove That Distracted Driving Caused A Crash 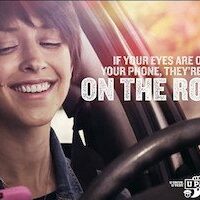 An allegation that another driver was distracted is not enough to prove that distracted driving caused a car crash. If the police officer suspects that a driver is alcohol-impaired, the officer can have the driver take a breathalyzer test. But how can you prove that the other driver was not giving their full attention to the road and that distraction caused the crash?

We use many ways to prove that the other driver was not paying as close attention to the road as they should have been. They include any of the following:

Distracted driving occurs when a driver engages in any behavior that takes their mind off of the road. Distractions can include:

WHO IS MOST LIKELY TO DRIVE DISTRACTED?

Driving while distracted is a common problem for everyone, but statistics suggest that it is a larger problem for some groups than others.

• People stuck in traffic jams: Insurance industry experts suggest that during periods of heavy traffic congestion, people are more likely to use their cell phones to call people, send text messages, and read their emails. And when traffic is congested, people have many opportunities to be distracted. So, when you are stuck in heavy traffic, stay alert to what the drivers around you are doing.

• Teens: According to AAA, teen drivers are the most distraction-impaired drivers on the road. They found that teen drivers are not paying attention to the road about one-quarter of the time. Even when the teen turns their attention back to the road, it takes about 27 seconds for them to be fully engaged in driving. A lot can happen in 27 seconds. A car traveling 65 miles an hour will travel more than 2,500 feet in 27 seconds, a distance of more than eight football fields!

Pro Tip: Get as much information as possible on the scene of the crash. Witnesses who were not involved in the crash can
often be critical and are most often lost because people don’t make sure to get their names and contact information.

Have you or a loved one been injured by another person who was engaged in distracted driving? If so, it is essential that you have competent legal representation from the onset of your case through litigation. Big insurance companies have lawyers looking out for their interests and you should too!

For a free consultation, contact the Manchester injury attorneys at the Law Office of Manning & Zimmerman PLLC. We may be reached at 603-624-7200 or by email at info@MZLawNH.com. We may also be contacted by using the “contact us” or chat feature on our website.

By Manning & Zimmerman | Posted on January 4, 2018
« What are the Stages of a Personal Injury Case?
Who’s at Fault When Robot Cars Crash and Injure People? »