Close Menu
COVID-19 Notice: Our office remains open, although for safety most employees are working remotely. Please call the office between 8 a.m. and 4:30 p.m. and we will be happy to assist you!
Manchester Personal Injury Attorney / Blog / Truck Accidents / How Can You Prove That A Truck Driver Was Fatigued In Your Accident?

How Can You Prove That A Truck Driver Was Fatigued In Your Accident? 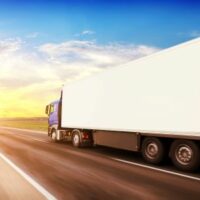 Most truck drivers understand the importance of driving safely when operating a truck. However, some drivers endanger themselves and others on the road by pushing the limits of their physical capability. Specifically, we are talking about truck driver fatigue.

Fatigue is one of the leading causes of truck accidents that comes from the lack of sleep, lengthy hours of work, and physical or mental exertion. If you were involved in a truck accident and believe that the trucker was fatigued at the time of the crash, contact an attorney right away.

At the Law Office of Manning Zimmerman & Oliveira PLLC, our Manchester truck accident attorneys are committed to helping you recover the compensation you deserve by proving that the truck driver was fatigued or otherwise at fault for the crash.

The Federal Motor Carrier Safety Administration (FMCSA) created regulations to prevent truck driver fatigue by limiting the number of hours truck drivers are allowed to drive without a break.

Under federal law, truckers are allowed to be on duty for up to 14 hours following 10 hours off duty. However, truck drivers cannot drive more than 11 hours in the 14-hour window.

FMCSA regulations prohibit drivers from driving more than 8 consecutive hours without a 30-minutes break. The maximum allowable hours in a week depend on the trucker’s schedule but cannot exceed:

Many truck drivers have no choice but to violate FMCSA regulations – and the hours of service regulations in particular – because their employers, the trucking companies, set unrealistic and dangerous schedules and expectations. As a result, there are thousands of fatigued and sleepy truck drivers operating large commercial vehicles on our roads.

A driver and/or trucking company that violates FMCSA’s hours of service regulations can be held responsible for resulting damages and losses. But how can a victim prove that a truck driver is fatigued?

How to Prove That a Truck Driver is Fatigued

There are various types of evidence that can help you prove that a truck driver was fatigued:

It is essential to hire an attorney to investigate your truck accident and help you demonstrate clear and convincing evidence proving that the trucker was fatigued at the time of the crash. Schedule a case evaluation with our attorneys at the Law Office of Manning Zimmerman & Oliveira PLLC by calling 603-624-7200.