Military life can cause significant stress on a marriage. Long or repeated deployments, base reassignments, and the dangers inherent in military service all impact couples. It is not surprising, then, that divorce is common among military couples. Manchester military divorce attorney Anna Goulet Zimmerman at the Law Office of Manning & Zimmerman, PLLC understands the unique problems experienced by military couples and will help you through the divorce process.

How Military Divorce Is Handled Differently

Divorces commonly must address such matters as: 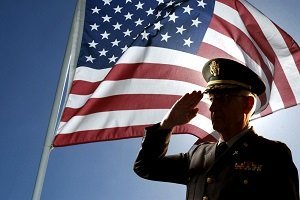 These issues are common to both military and civilian divorces. However, one can be sure that they cannot be addressed in the same fashion when one of the spouses is in the military. For instance, if the couple separates and one spouse is stationed in another state, issues of child custody and visitation are not so easily handled.

Indeed, differences in military divorce is evident by the fact that civilian divorces are governed by state laws, while both state and federal laws impact those involving a military spouse. If this sounds complex, be assured that New Hampshire military divorce attorney Anna Goulet Zimmerman has thorough knowledge of military divorce procedures.

As New Hampshire military divorce attorney Anna Zimmerman will tell you, the Soldiers and Sailors Civil Relief Act may enable the spouse on active duty a postponement of the divorce until up to 60 days following completion of such duty.

One of the most striking distinctions between civilian and military couples is the fact that one spouse may be deployed far away for many months, or even years. In itself this can cause a high degree of distress upon a relationship; when a divorce becomes imminent, another new matter arises, that of how to conduct a divorce under such circumstances. The Service Members Civil Relief Act (SCRA) allows the deployed spouse to postpone the divorce under certain circumstances.