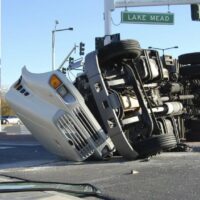 If you have been injured in an accident with a truck, the experienced NH truck accident lawyers at the Law Office of Manning & Zimmerman, PLLC will explain that a truck accident is different and more complicated than a typical motor vehicle crash. Initially, there are often multiple parties who have some involvement. Additionally, the trucking industry is heavily regulated by both federal and state rules and regulations. Lastly, and perhaps most importantly, the sheer size and speed of trucks make a collision between a truck and a passenger car a potentially lethal event.

The first priority in investigating a truck accident is to get a clear understanding of the parties involved. Many people are surprised to learn that often the trucking company does not own the tractor, the trailer, or the equipment that is driven on the highways despite the fact that the truck company’s name is readily visible on each. It is also common practice for trucking companies to hire their drivers as independent contractors, rather than as employees. Consequently, the experienced NH truck accident lawyers at the Law Office of Manning & Zimmerman, PLLC will need to determine what role each of the following played in the truck accident in which you were injured:

Primarily due to the fact that many trucks operate across state lines, the US Department of Transportation, operating primarily through the Federal Motor Carrier Safety Administration (FMCSA), has put numerous rules in place in an effort to keep the roadways safe for all users. Among the categories of regulation under the FMCSA are:

In addition, New Hampshire has its own state-specific laws regarding safe operation.

Each accident is unique and must be investigated on its own facts and circumstances, but among the more common reasons for truck accidents are:

Although driver error is statistically the leading cause of truck accidents, all liability cannot necessarily be placed here. Proper training is a fundamental aspect of safe truck operation. Unless you have been behind the wheel of a large commercial truck, it’s hard to imagine the momentum created by driving such a large vehicle at freeway speeds. Braking, turning and simply maintaining lane presence are skills that need to be developed. It is each trucking company’s duty to be sure each driver who provides services is properly trained. Safe operation involves more than skill, which is why the FMSCA mandates certain maximum hours of time behind the wheel. Of course, the driver is clearly responsible for adhering to the appropriate hours, but realistically, the trucking companies often share complicity in driver fatigue issues. Companies often post “desired” or “optimal” schedule times that are unrealistic, and may also offer incentives for early arrivals. In essence, this encourages drivers to exceed driving times or posted and safe speed limits to get the job done quicker. 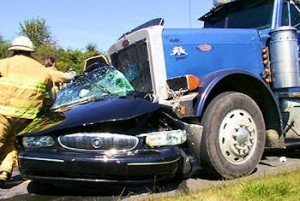 Potentially there are multiple players in determining liability. Regulations require drivers to inspect their trucks before each trip, but such inspections have their limits. A driver may be able to observe a worn tire lacking adequate tread, but is unlikely to be aware of a pending brake line failure. Should the trucking company that owns the permits and operates the business be responsible for this, or is this a duty of the owner of the truck, or is it the responsibility of both?

The insurance carriers for the trucking industry understand the potential liability exposure attendant with a truck accident and get their investigators on the scene quickly, often within hours. It may come as no surprise that each insurer will seek to place blame on another party. For example, the driver blames the truck company, the company blames the truck owner, and the owner blames the driver. There are several entities looking out for the interests of those who caused the accident – you need the experienced NH truck accident lawyers at the Law Office of Manning & Zimmerman, PLLC on your side to unravel the facts.

If you have been injured in a truck accident, it is vital that you receive the compensation you deserve. Call the experienced NH truck accident lawyers at the Law Office of Manning & Zimmerman, PLLC at 603-624-7200.