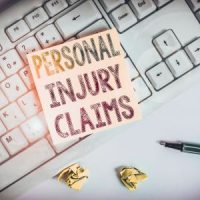 On September 12th, it was reported that the well-known gun manufacturer Sig Sauer had been cleared of all liability in a recent injury lawsuit filed by a man from Hillsborough. At first glance, this result is anything but surprising. After all, the gun industry has a well-established reputation for being “untouchable” when it comes to injury lawsuits. Time after time, we have seen these types of lawsuits fail – with injured plaintiffs being forced to carry on with no compensation whatsoever. But why was Sig Sauer cleared of all liability, and what does this tell us about future gun injury lawsuits?

If you have been injured by a firearm, do not assume that your chances of receiving compensation are non-existent. With help from an experienced, qualified personal injury attorney in New Hampshire, you may be able to hold gun manufacturers and other guilty parties accountable in court. It all depends on your unique situation, and no amount of internet research can tell you whether your lawsuit will succeed or fail. The only viable path is to get in touch with a qualified, experienced personal injury attorney in New Hampshire, book a consultation, and develop a solid action plan based on your specific circumstances.

On September 12th, it was reported that Sig Sauer had been cleared of all wrongdoing in a lawsuit filed by a Hillsborough man. This individual had been injured by a bullet to his leg, and he alleged that the firearm discharged without him pulling the trigger. It was holstered at the time of the injury in what the plaintiff claims was a (relatively) safe manner. The pistol in question was a P320 – a popular choice among gun owners but one that has been associated with similar allegations by Americans across the nation.

The plaintiff specifically claimed that an advertisement posted by the company was false – one that was emblazoned across Sig’s website that read “Safety Without Compromise.” He also pointed to marketing language which promised that the P320 “won’t fire unless you want it to.” The injured individual also showed the court bodycam footage of an alleged P320 misfire experienced by a law enforcement officer in Michigan. Sig Sauer supplies many police and military units with sidearms.

So why did Sig Sauer emerge from this lawsuit unscathed? The court found that there was no evidence the gun manufacturer became aware of the bodycam footage before the incident that injured the plaintiff. Because this was the strongest piece of evidence that the plaintiff introduced during the trial, it apparently left the court with no choice but to disregard it and clear Sig.

For help from a skilled Manchester personal injury attorney, look no further than the Law Office of Manning Zimmerman & Oliveira, PLLC. Over the years, we have helped numerous injured plaintiffs of all types hold guilty parties accountable and receive fair compensation. We know that gun injuries can be incredibly traumatic and life-altering, and you deserve the right to explore your legal options alongside a professional. Book your consultation today, and you can do just that.

By Law Office of Manning Zimmerman & Oliveira PLLC | Posted on November 28, 2022
« Notice Of Dangerous Conditions In New Hampshire Slip And Falls Cases
Holding A Drunk Driver Accountable After A Crash In New Hampshire »