Close Menu
COVID-19 Notice: Our office remains open, although for safety most employees are working remotely. Please call the office between 8 a.m. and 4:30 p.m. and we will be happy to assist you!
Manchester Personal Injury Attorney / Blog / Blog / Protect Your Social Security Number! 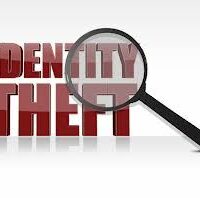 By Law Office of Manning Zimmerman & Oliveira PLLC | Posted on March 31, 2014
« HUD Announces Funding for Housing for the Disabled
How the Civil Justice System Protects Consumers »