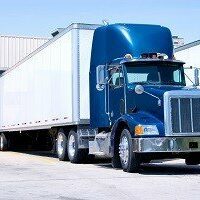 The following is a May 26, 2015 New York Times editorial regarding efforts underway in Congress to weaken current truck safety laws:

The trucking industry is again pushing Congress to allow bigger and heavier trucks with overworked drivers behind the wheel.

Lawmakers have attached a long industry wish list to an appropriations bill that will be voted on by the House in the coming weeks. It includes provisions that would allow trucks to carry longer trailers across the country, make it harder for the Department of Transportation to require drivers get more rest before they hit the road and forbid the department from raising the minimum insurance it requires trucks and buses to carry. The insurance levels have been in effect since 1985.

Trucking companies seem to have been emboldened by their success last year in getting Congress to temporarily suspend parts of a Transportation Department regulation meant to give truck drivers at least 34 hours of rest. That rule was meant to ensure that truck drivers got at least two consecutive nights of rest after working 60 hours in seven consecutive days or 70 hours in eight days. The industry had complained — wrongly in our view — that the rule, which went into effect in July 2013, “exacerbates congestion” and could make highways less safe by forcing more truck drivers onto the roads during morning rush hours.

The language in the House appropriations bill will forbid the Obama administration from fully reinstating that rule unless a study shows that the rule resulted in a “statistically significant” improvement in safety, work schedules and driver fatigue, health and longevity. That is an impossibly high bar to meet and, if enacted, the measure will surely result in more tired and sleepy drivers on the road. 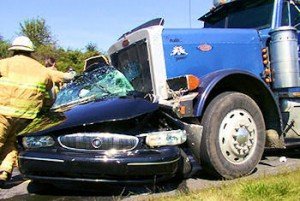 Another provision would allow trucks to pull two 33-foot-long trailers, up from the current federal minimum of two 28-foot-long trailers. (States can chose to allow longer trailers but most do not.) Truckers say this will improve safety, because it will result in fewer trucks on the road. But that is not believable because part of the industry’s motivation is to take business away from railroads. If they are successful in that effort, the number of trucks on American highways could just as easily go up. In fact, there is good reason to worry that longer trucks will be less safe simply because trucks with multiple trailers are more unstable and take longer to stop than other vehicles.

Public interest groups such as Advocates for Highway and Auto Safety; theTeamsters, which represents truck drivers; and the Obama administration have objected to the trucking provisions in the House bill. And with good reason. In 2013, the latest year for which data is available, 3,964 people died in accidents involving large trucks, most of whom were riding in another vehicle or were pedestrians. That is up 17 percent from 2009. Over the same period, traffic fatalities overall have fallen 3 percent, to 32,719.

It is hard to know for sure why the number of fatal accidents increased. It could be that there were more trucks on the road in 2013 than during the recession. But this data should give lawmakers serious pause before they make major changes to trucking regulations in an appropriations bill.

If you have been injured by a big rig and have questions about your rights, please call the NH truck accident attorneys at the Law Office of Manning & Zimmerman, PLLC at 603-624-7200.