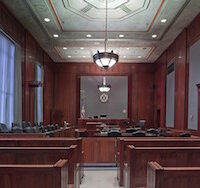 If you are suing a defendant for personal injury the defendant will likely try to derail your case by raising one or more defenses. It is important that you have an experienced NH personal injury attorney at the Law Office of Manning Zimmerman & Oliveira PLLC to assist you in overcoming common defenses, and recovering fair compensation for your losses.

Similarly, a defendant may raise the defense of assumption of risk. If you sued a defendant for negligence after you were injured as a pedestrian by the defendant’s car, the defendant may argue that you assumed the risk of being hit by a car by walking outside of the crosswalk. A seasoned NH personal injury attorney will be able to assist you in addressing these defenses, and admitting if you do have some percentage of fault which contributed to the collision. A skilled NH personal injury attorney will utilize legal processes, such as depositions, to develop a record of strong evidence and even obtain the defendant’s admission of liability.

Despite your daily pain and suffering, a defendant may try to argue that your injuries are non-existent or insufficient to warrant any compensation. For example, if you suffered from severe back pain after slipping and falling on the defendant’s premises, the defendant may argue that you should not be compensated for your injuries because you did not break or fracture any bones.

A defendant may also raise the defense that you failed to mitigate your damages. Generally, a person who is injured by the actions of another person has the responsibility to lessen the effects and loss related to his or her injuries. For example, if you were injured by a defendant but delayed medical treatment for your injuries, the defendant may argue that you failed to mitigate your damages and should not be compensated (conversely, in some cases where there is no delay, the defendant will argue that you should have just given your injuries some time to resolve on their own).

A defendant may also try to avoid liability by arguing that your injuries pre-existed the accident. For example, if you sustained a herniated disc after a collision with the defendant’s car, the defendant may argue that your back pain was caused by an unrelated slip-and-fall that occurred prior to the accident. An experienced NH personal injury attorney will help gather and present any medical evidence that supports you claim.

If you are suing a state employee or agency for your injuries, the state may raise the defense of sovereign immunity. State officials and employees are immune from liability under certain circumstances. There are several rules that apply to claims against state, municipalities, and employees of these entities. A skilled NH personal injury attorney will be able to guide you through the complex rules governing claims against the governmental entities.

Despite a defendant’s attempt to avoid responsibility, if you were injured by a defendant’s negligence or fault, you deserve to be properly compensated. An experienced NH personal injury attorney at the Law Office of Manning Zimmerman & Oliveira PLLC will prepare your case and respond to unfounded arguments being presented by the defendant in an effort to avoid accepting responsibility.