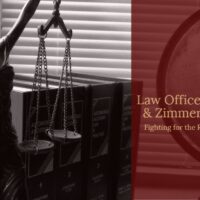 Are you making all those lists and checking them twice? Gifts? Holiday cards? Party invitations? New Year’s resolutions? From the New Hampshire lawyers at the Law Office of Manning Zimmerman & Oliveira PLLC, here’s one more for you courtesy of the American civil justice system: safer products and services.

This past year we have been following several stories of dangerous products or unfair practices that threaten the health, safety and legal rights of all Americans. Think exploding batteries, lead-laced drinking water, forced arbitration or faulty medical devices, for example.

But thanks to the courage of citizens like you and the power of the civil justice system, New Hampshire lawyers are holding accountable many of those who put profit over public well-being. And that’s a list we can all be proud of, as these stories so richly illustrate.

2x
Recalls According to a recent study by the U.S. Food and Drug Administration, medical device recalls doubled from 2003 to 2012. [Download report] 27,000
Children Nearly 27,000 children were exposed to lead poisoning from the contaminated water supply in Flint, Michigan.$1
Billion After years of denying any link between repeated concussions and brain injury, the NFL settled a lawsuit that sets aside almost $1 billion for players suffering from chronic traumatic encephalopathy.

St. Jude Medical issued a recall for some of its 400,000 heart defibrillators after two people died when the batteries failed prematurely. View video.

More than 1 million Samsung Galaxy Note 7s were recalled when users reported that the popular smartphone overheated or, in some cases, even exploded. Here are five vital facts about the recall. View video.

What Concerns You the Most?

Browse the 2016 top safety and justice issues, and then tell us which one keeps you up at night. You could win an iPod shuffle for participating.

Forced arbitration continues to threaten the safety and legal rights of all Americans. Tia shares her story of sexual harassment and Circuit City.